Inside the bleak cell ranges of C Division

Built in 1858 by contract labour and originally dubbed B Division, this section of Pentridge was among the early buildings on the site, with its original plans bearing the name of Public Works architect Gustav Joachimi.

Composed of six linear double-storey cell ranges around central exercise yards, C Division – as it came to be called from around 1890 – the area was situated east of the Hospital, and enclosed by tall bluestone walls at the north and south.

Later additions by contractors Thomas Glaister & Co and Robert Huckson saw the building ultimately completed in around 1879, with each cell range containing 59 cells, excepting the easternmost range which held 66. The division was largely home to vagabonds and short-term prisoners, at one stage housing the notorious Ned Kelly.

The architecture differed slightly from the more Pentonville-inspired facilities elsewhere on site, influenced more by the form of Tasmanian probation stations such as Darlington, which would have been familiar to Inspector General William Champ. 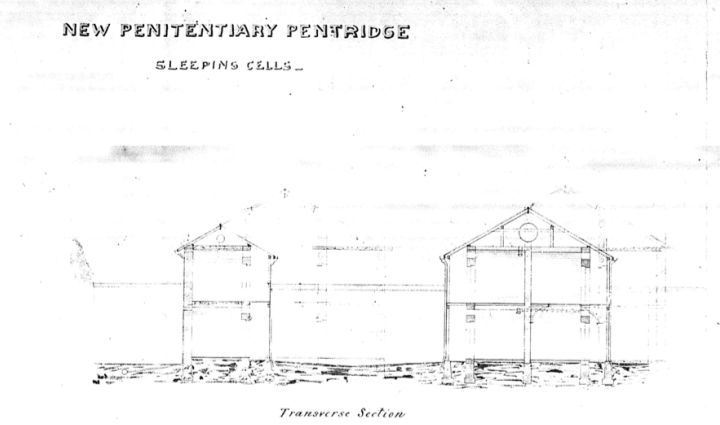 All up, it was capable of housing up to around 360 prisoners, and in addition to its cell ranges consisted of three yards, a large mess hall, divisional offices and a storeroom. Photos of the site from the turn of the last century show gabled cell ranges roofed with corrugated iron, with the hipped roof to the entry building clad in slate.

At ground level, each cell door opened directly onto the central exercise courtyard, paved in flagstones. A small toilet block was located at the northern end of each yard.

C Division’s internals however were primitive. Tiny cells, 9 feet by 4 feet 10 inches, lacking access to natural light and with no provision for sewerage, they were so draughty inmates complained of being unable to keep a candle lit.

One prisoner of its later period described it thus, in Barry Ellem’s Doing Time:

“THE CELLS WERE VERY SMALL… YOU HAD A NIGHT BUCKET, A TABLE AND A STOOL. NO BED, ONLY A MATTRESS ON THE FLOOR, WHERE I SLEPT FOR SEVEN YEARS. IT WAS VERY CRAMPED. YOU HAD TO WALK IN THE CELL SIDEWAYS OTHERWISE YOU COULD GET NO SPACE FOR YOURSELF. IT HAD NO ELECTRICITY, NO LIGHTS, NO WIRELESS, YOU USED TO HAVE TO USE CANDLES, IT WAS CALLED CANDLE LIGHT ALLEY.”

Indeed, authors Peter Lynn and George Armstrong described it as ‘a Dickensian place of imprisonment for both prisoners and staff’ in their work From Pentonville to Pentridge: a history of prisons in Victoria, noting the stench of the toilet bucket ‘slop out’ each morning as something that had to be smelt to be believed. 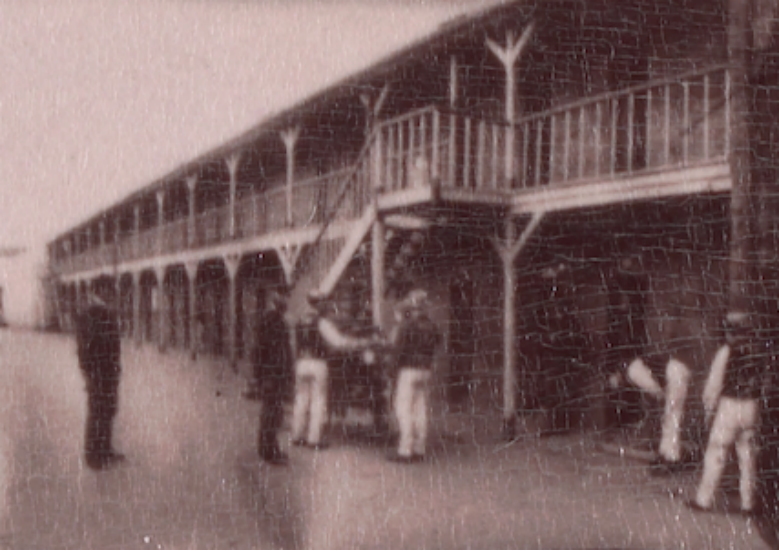 Despite this meagreness, prisoners were able to fraternise with one another, unlike the punitive isolation of the Panopticon/B Division. In fact, C Division was used as an incentive for good behaviour, with a system of progressive rewards in place that included tobacco rations, gratuities and rations of tea and sugar.

The mess hall however was quickly deemed hazardous. As early as 1891, its use for this purpose was discontinued after numerous instances of ‘mutinous conduct’ saw armed warders take to the balcony in order to restore the peace. A chapel for the Church of England denomination proved a far more manageable use for the space.

Successive prison administrators campaigned for the closure and demolition of C Division, and it was earmarked for such as early as the 1920s. The prisoner population continued to grow however, and C Division was required to accommodate them for decades to come.

Finally, from 1974 to 1977, C Division was pulled down for good – though not before prisoners lit eight fires in its final weeks, as a parting tribute to its grim legacy. 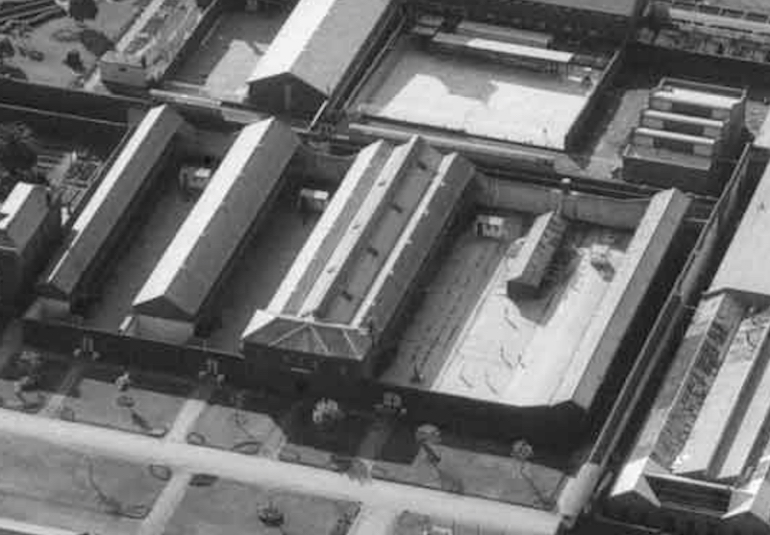