A key pillar of the rebirth of Pentridge is its future as a site of art and culture. Now, after being host to numerous film productions and even operas, a forthcoming collaboration between visual artist Jaq Grantford and composer Andrew Batterham is set to weave the location itself into a site-specific response to its imposing form and history.

‘I view architecture as a little like portraiture,’ says Jaq. ‘It’s a reflection of character – not so much of the individual, but of society. Pentridge is the starting point for our exploration, and its been an amazing springboard to start our project.’

Despite not knowing a great deal about the former prison, it started to emerge as a recurring theme of conversations she was having with people over the last couple of years. ‘I had a friend telling me about Pentridge around the time I was painting the portrait of a man named Tootsie,’ she recalls.

‘He’s 84 now, but when he was 20 he was imprisoned in Pentridge for being gay. It seemed that Pentridge just kept coming up as a theme. Who am I to argue with the universe when it’s trying to tell me something?’ While not part of the forthcoming exhibition, Just an Old Drag Queen remains connected to the Pentridge story and displays Jaq’s exquisite skill in rendering characters with empathy and insight.

Even today, Jaq and Andrew feel the place still has many lessons we can draw from, despite its former function receding now somewhat into the past.

‘The sadness of a prison’s purpose, the inmate’s dreams of the outside world… there are many ways to bridge these themes through analogy with a person’s own journey, even if they’ve never served time,’ observes Andrew. 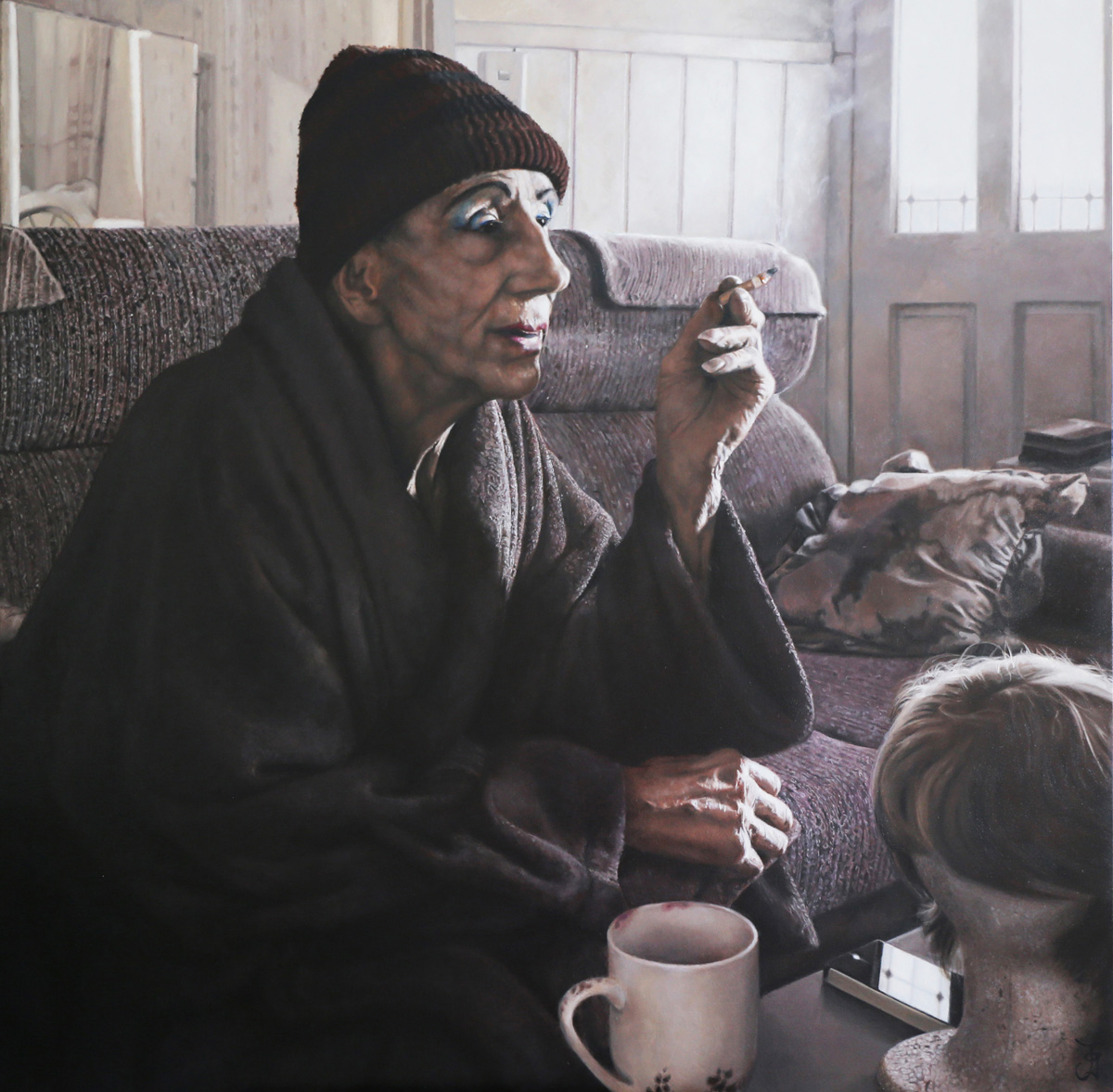 Jaq concurs. ‘There’s the prisoner’s darkness, but that can be expanded to every day people. Just look at how mental illness has been on the rise in society. It’s about finding light in that darkness, developing resilience,’ she says. ‘These are important themes to be discussing, particularly with the youth.’

When asked how their respective disciplines might work together for the project, Andrew ventures that, unlike other collaborations where the subject matter is an abstract thing for his compositions, ‘this one will matter a lot. The mood and history surrounding us when we walked around was a real thing, gloomy old halls with light streaming in.’

‘At the moment I’m painting Molly, a beautiful young dancer highlighted in the light streaming through on of Pentridge’s windows,’ Jaq tells. ‘The juxtaposition of beauty against the harshness of a prison I find really interesting’. Andrew is similarly inspired. ‘Musically, this could be a featureless soundscape, with points of light and beautiful sound,’ he observes.

When asked what has led them to this collaboration, both become effusive. The pair has known each other for thirty years, yet ‘amazingly, this is our first collaboration,’ says Andrew. ‘This will be a wide-ranging project, creating pictures and music together on a range of topics. It’s a rewarding experience.’

Jaq recalls a ‘brilliant, crazy red haired dude that never wore shoes, even when performing at fancy venues,’ and speaks to his ability to ‘make you want to dance, cry, smile… he’s remarkably brilliant. Part of the enjoyment is that my own thoughts can either be reflected or refracted back, which creates a truly interesting dialogue about the themes we’re exploring.’

We’ll be revisiting their work as it progresses and moves towards its eventual airing. In the meantime, those looking to further explore the work of these two passionate and engaged artists can visit their websites at jacquigrantford.com and andrewbatterham.com.