Pentridge Tours to Launch In 2022

Getting lost in Pentridge’s infamous past is an easy task; an emotional and notorious history woven tightly in many hearts and minds. While the term Pentridge is synonymous with prison, today, Pentridge’s bluestone walls stand strong with a renewed sense of purpose — as a destination and meeting place.

When the development of Pentridge Prison in Coburg began years ago, questions were raised about the possibility of exploring Pentridge’s heritage buildings. Restoration work, especially involving bluestone, is a time-consuming exercise and to ensure we do justice to the place and narrative on hand, complete care is being taken. There are strong emotional ties to the iconic landmark in Coburg and ensuring this is respected, is a priority.

Tours at Pentridge are scheduled to launch in early 2022, in a year heavily effected by COVID-19, we are intent on delivering a unique and worthy tourism experience at Pentridge. Tours at Pentridge will include a chance to see inside B Division, including the Panopticon reflection garden, A Division, H Division and the Rock Breaking Yards. 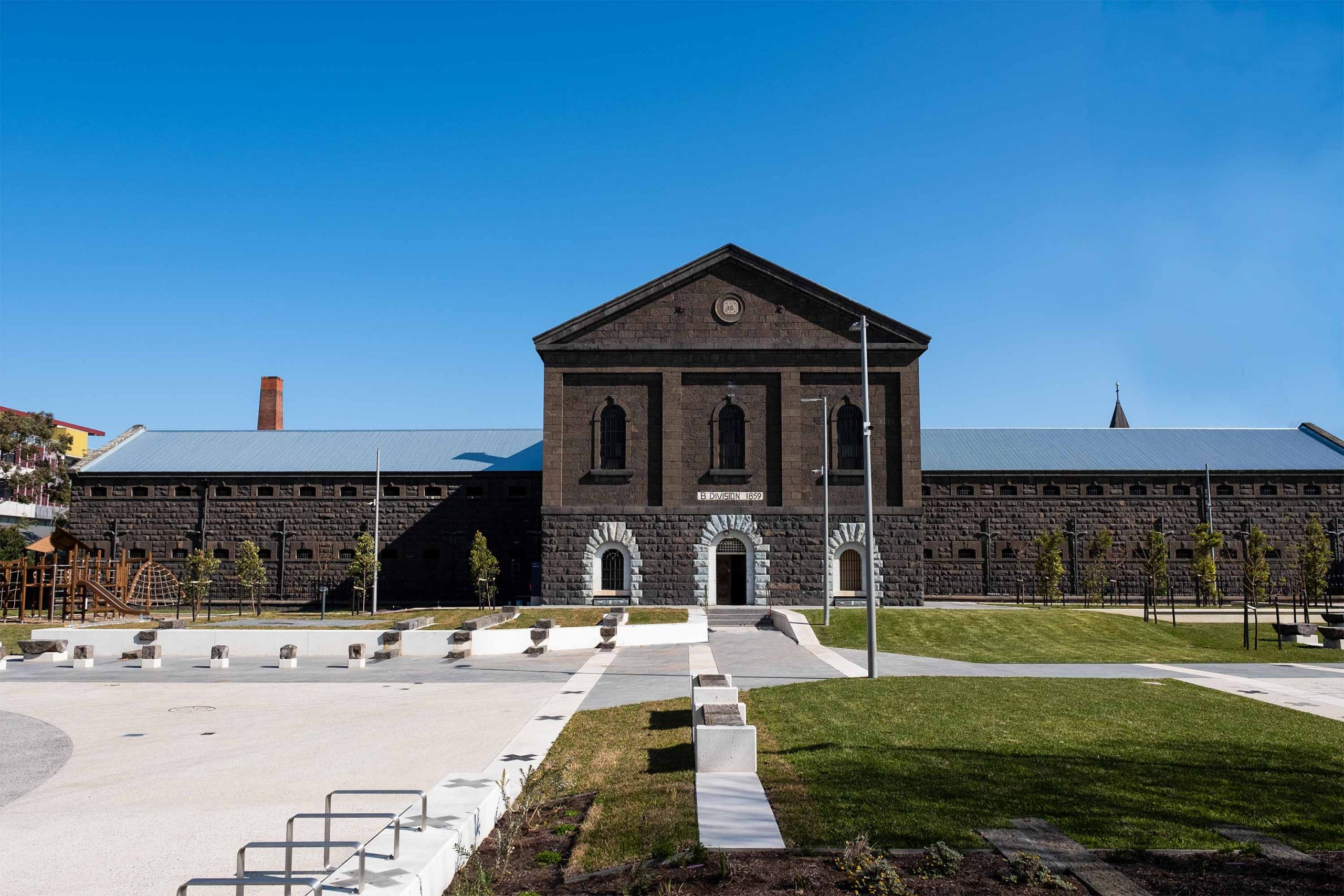 B Division within Pentridge prison was one of the first cell blocks to be constructed. It was predominantly reserved for the hardest of the hard and criminals serving long sentences. Built in 1858-59, this division was originally known as A Division and included two panopticons at the south end of the division building. Also known as ‘airing yards’, the panopticons were built to allow prisoners one hour of exercise, sunlight and fresh air a day. The circular-shaped airing yards featured a central observation tower from which a single warder could watch over multiple prisoners at any one time. There are only eight known airing yards of this style in the world, three of these were at Pentridge. The third panopticon at Pentridge is alongside the north wall of H Division. Under a ‘separate and silent’ system, when prisoners were ‘aired’ it was strictly forbidden to speak, on returning to their cells a prisoner would wear a hessian hood to further control any communication between prisoners. The B Division cells were described to be the closest to medieval dungeon cells, and B Division hosted approximately 176 of these cells. 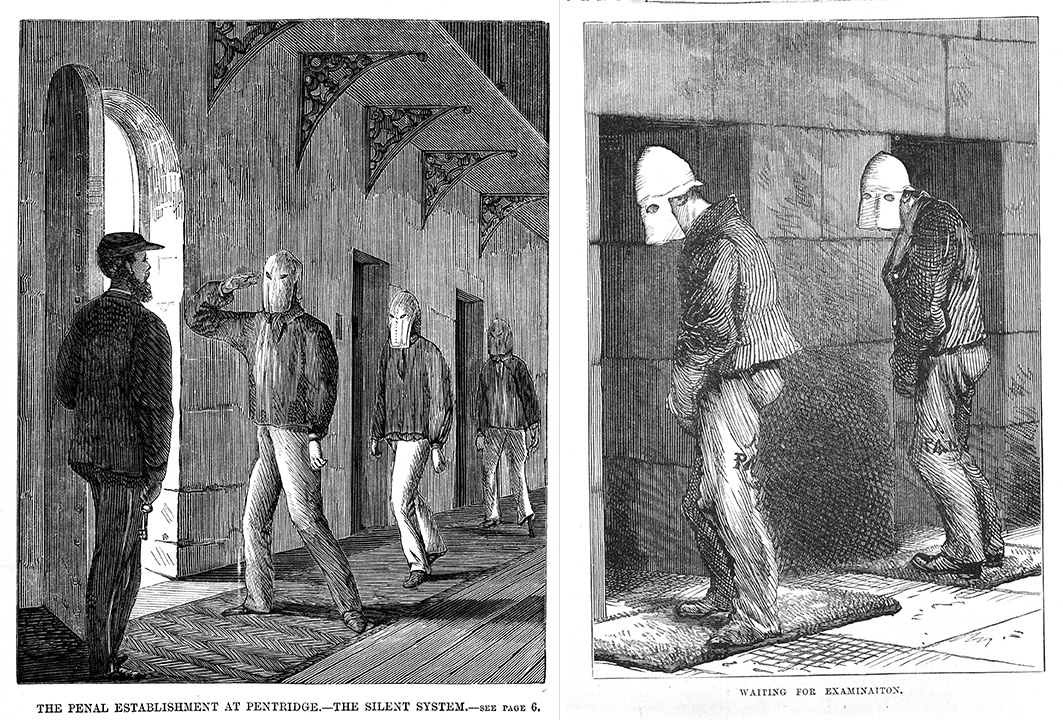 A Division was constructed between 1860-1865 to house female prisoners at Pentridge that had previously been held at the Western Prison and the hulk Sacramento. It served this purpose for a short time, after which female prisoners were transferred back to both the Melbourne Gaol and other division buildings at Pentridge. Following this A Division was used solely as a men’s prison, mostly for prisoners on shorter sentences than those in B Division. The main entrance to A Division was from the north gate in the western boundary (now Champ Street) and included approximately 136 cells. 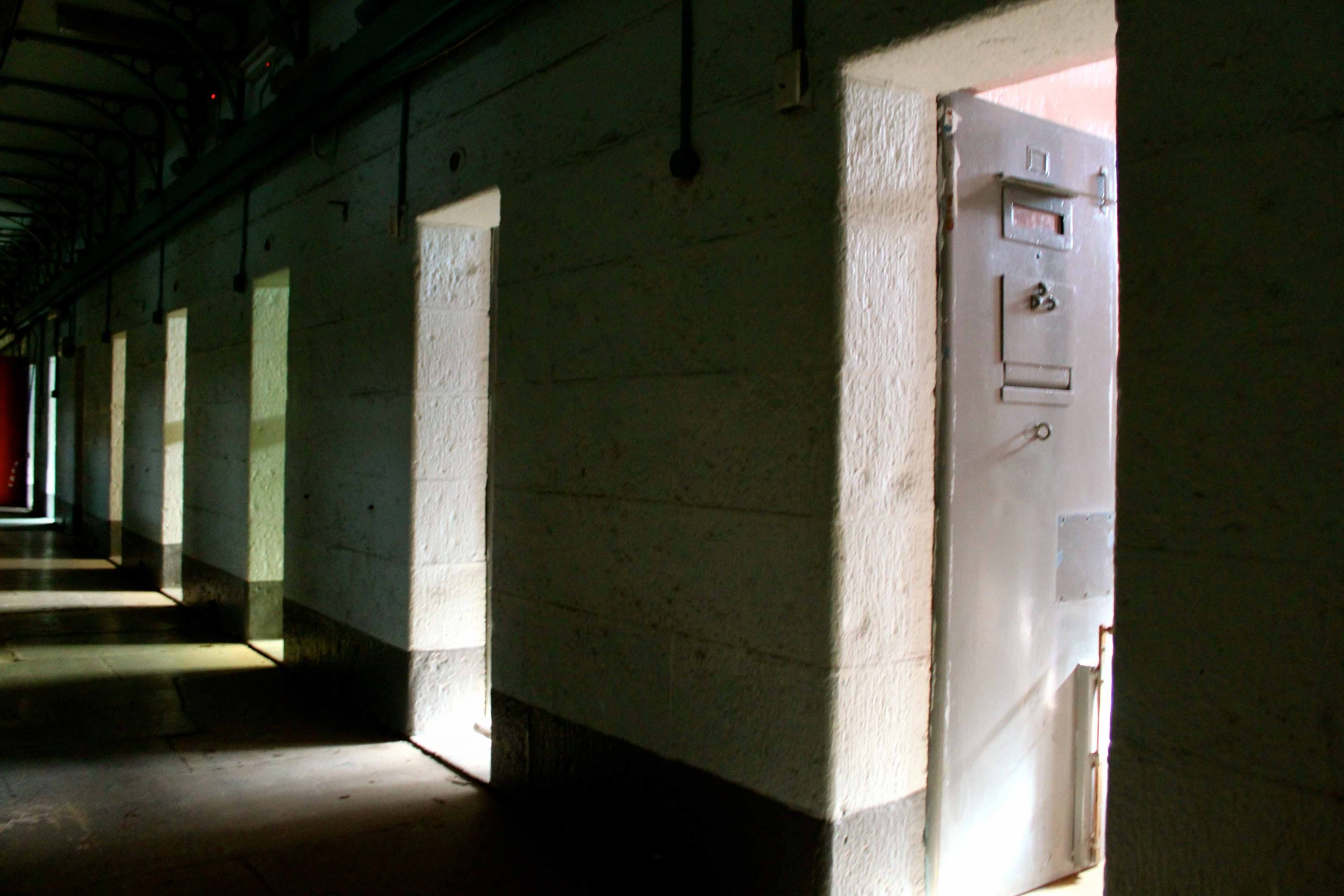 In 1957, A Division was split into two divisions, A and H Division. H Division (the former eastern wing of A Division) was created following a series of escapes which placed a spotlight on a lack of security at Pentridge. The division was used as a maximum-security section of the prison to house some of Victoria’s most troublesome, violent, and dangerous prisoners. The division also included the infamous Rock Breaking Yards, where prisoners were tasked with crushing bluestone via manual labour. The prisoner’s broke blocks of stone into a range of smaller sizes with hammers: a process known as ‘breaking biggies into littlies’.

In 1958, the Rock Breaking Yards were remodelled and incorporated into the H Division. The labour yards were heavily barred, meshed and fortified for their incorporation into H Division. At various intervals along the corridor crosses (X) were painted on the floor, outside each of the cell doors, marking the point at which the prisoners were expected to stand before being granted access to the yards. Faint traces of crosses are also visible inside some of the extant Rock Breaking Yards. In earlier Pentridge history, the crushed stone was used to build many of Coburg’s surrounding streets and roads.

Until tours at Pentridge are launched in 2022, visitors are encouraged to explore a detailed timeline of Pentridge’s history which is located on the first floor of the Pentridge Shopping Centre. The display explores the history, restoration and development of Pentridge.

As of now, we look forward to seeing you at the new Pentridge, as we welcome the evolution of this local landmark in Coburg.

Pentridge and the Piazza